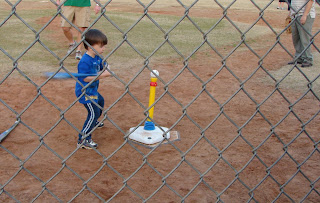 Jack had his first 4 year-old t-ball game last night. We were so excited. Got a new glove. Practiced catching and throwing and hitting in the back yard. Talked about running the bases and how to cheer for our teammates. And of course, listen to the coach.
When we got to practice, I think Jack ignored the dirt for about 4 seconds. After that, whenever he wasn't holding the bat or a ball, piles of dirt were being constructed. Although I did shout "Jack - stop palying in the dirt!" A couple times I tried REALLY hard not to interfere (those of you who know me are saying "yeah right!") 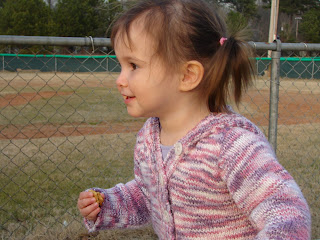 So I'm watching and think "he's not getting enough chances to hit...he's not getting to throw the ball enough..." and thinking that I need to shove my hubby Dave out onto the field to help get things moving.
Being the fabulous hubby he is he calmed me down and reminded me "it's just the first practice, they'll get everything going. Don't worry"
So practice continued, ending with 10 little boys running the bases (laughing) about ten more times, kicking up dirt and slamming into each other.
As we were preparing to leave, I was wiping the six inches of dirt off Jack's hands and raving about his skills at bat and how well he threw the ball - trying to be positive and encouraging, hoping he'd just remember what he did.
He looked right at me with big, wide eyes and an enormous grin and said "Mom...Coach Tony knows my name".
I'll take it. 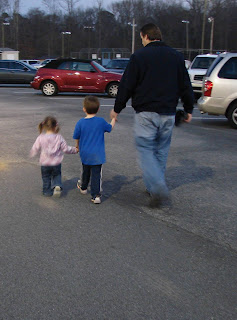 Email ThisBlogThis!Share to TwitterShare to FacebookShare to Pinterest
Labels: jack

How sweet! The coach remembered his name! I have four boys, three of which have played T-ball... Quinn isn't old enough yet. I can totally relate to the DIRT (playing in AND wearing it)!

I remember those days. "Swing" "throw the ball!" How fun for you!