Beets and Chocolate Cupcakes? My kids ate their vegetables!!!

OK I didn't believe it at first, but these cupcakes are REALLY good! 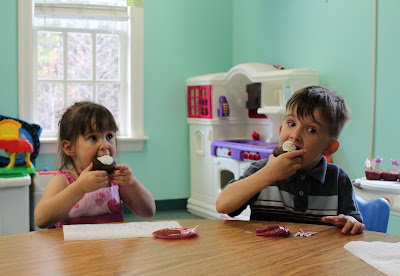 My little girl (*sniff*) turned 3 this week, which of course means cupcke time! And since we are trying to avoid the nastiness that is food coloring because of the negative effects it has on my son's behavior, I searched for a good recipe that would allow me to make yummy cupcakes, and even some pink frosting, but would be food-coloring FREE!

I found this yummy recipe for beet and chocolate cupcakes and follwed it with a few minor adjustments.

I used Nestle Dark chocolate morsels instead of the dark chocolate shown, and it worked fine - I melted the chips and butter together in the microwave (don't over-cook! stir for a little while right before they are completely melted).

I also used canned beets instead of cooking and prepping fresh ones.  I used a 15 oz can, juices and all, and just pure'ed (sp?) it in my blender.  I had also reserved a bit of the juice, thinking I would make home-made frosting and use it for pink color, but ran out of time!  (My only concern...although Beets are supposed to be rich in vitamins and nutrients, the label claimed 0% for most...does canning eliminate the good stuff?!?) The recipe suggests beet powder to color the frosting, which you'd probably have to hunt down WAY ahead of time!  Some day I will try making frosting with the juice.

I also added some dark chocolate chips into the batter for a bit of extra chocolate, and I loved it...although Ari picked each one out of her cupcake like a treasure hunt!  If I make these again, I may use an extra ounce of chocolate melted into the mix rather than the solid chips. 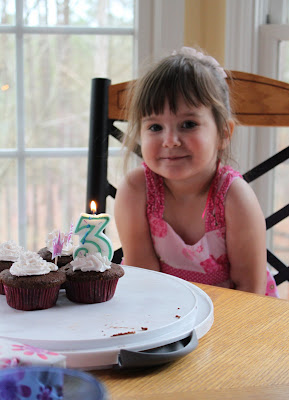 But - hey! - how did they taste?!?! Well almost every 3 yr old in Ari's class ate them up - with just a dallop of Cool Whip on top - no extra frosting! Jack ate the WHOLE thing, and my neighbors said they were the best they ever had - not too sweet!  Even my husband ate a beet chocolate cupcake...although now that he KNOWS what's in there, I may not be able to slide it by him again :)

Just wanted to address your question about canning. It does eliminate the nutrients. It can't always be avoided but this option is definately better than the alternative. Also just an idea for frosting. My kids love homemade cool whip. Just get heavy cream and whip in honey or agave to taste until thick and creamy. So much better than store bought.