Mother and Daughter Painting - the Start

Early this year I began a self portrait with my daughter.  Quite accidentally, actually.  I was taking photos in the studio one day, and my kids were there with me.  I asked Ari to be my photographer, and then I asked her to jump into the photos.

This is the self portrait I worked on from the photos that day...I will post a better picture when it is all dried and finished! 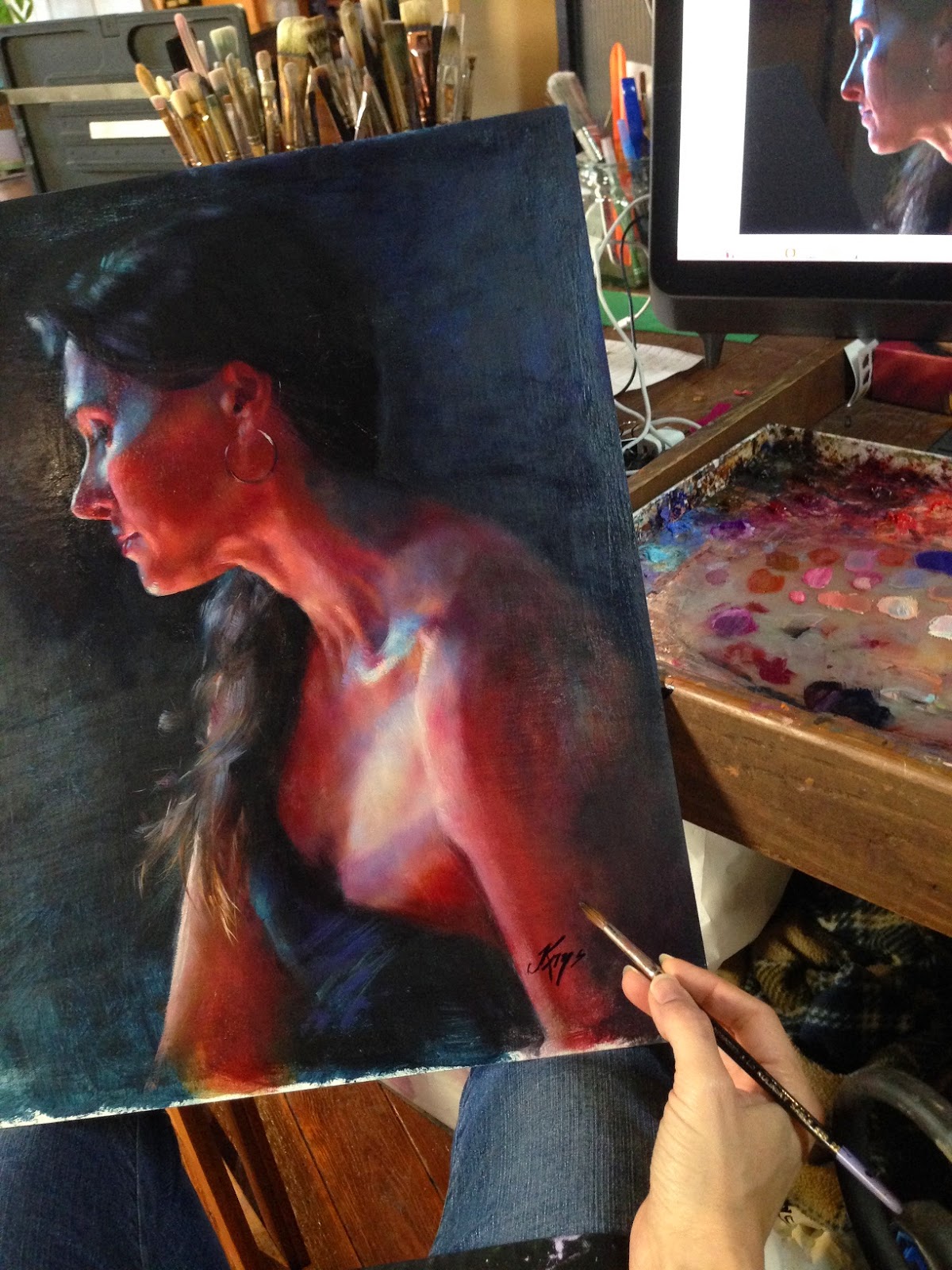 Of course she couldn't just sit - first she gathered up a mask and some roses to "accessorize" our pose, and THEN we could take the picture.  So about a hundred photos later, I cut and pasted a few together that gave me the look I wanted in her face and mine. 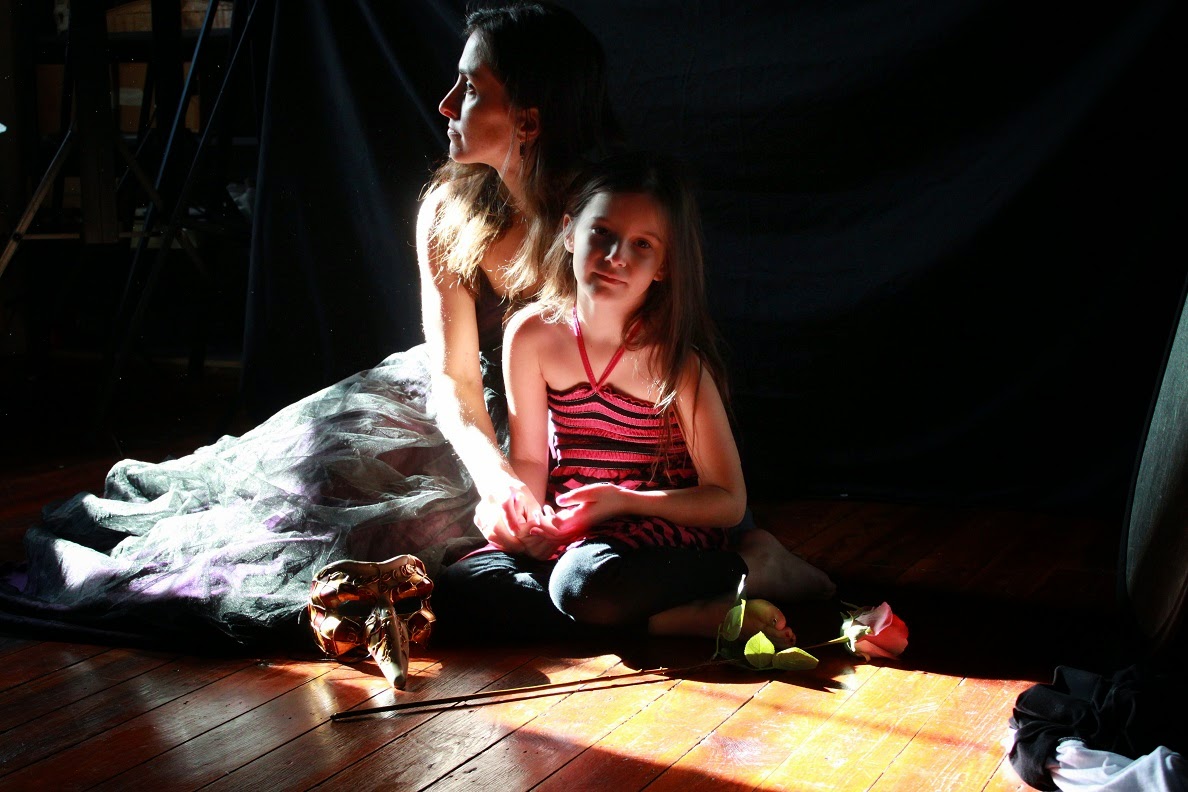 This is just one photo so you can get the idea of the window light on the floor, and of course, see the fancy accessories Ari added.

So first steps are shown below - I have so many pictures I am going to break it up into a couple posts.  But my plan was to start with bold colors and big shapes, then work into the shadows, then the details. 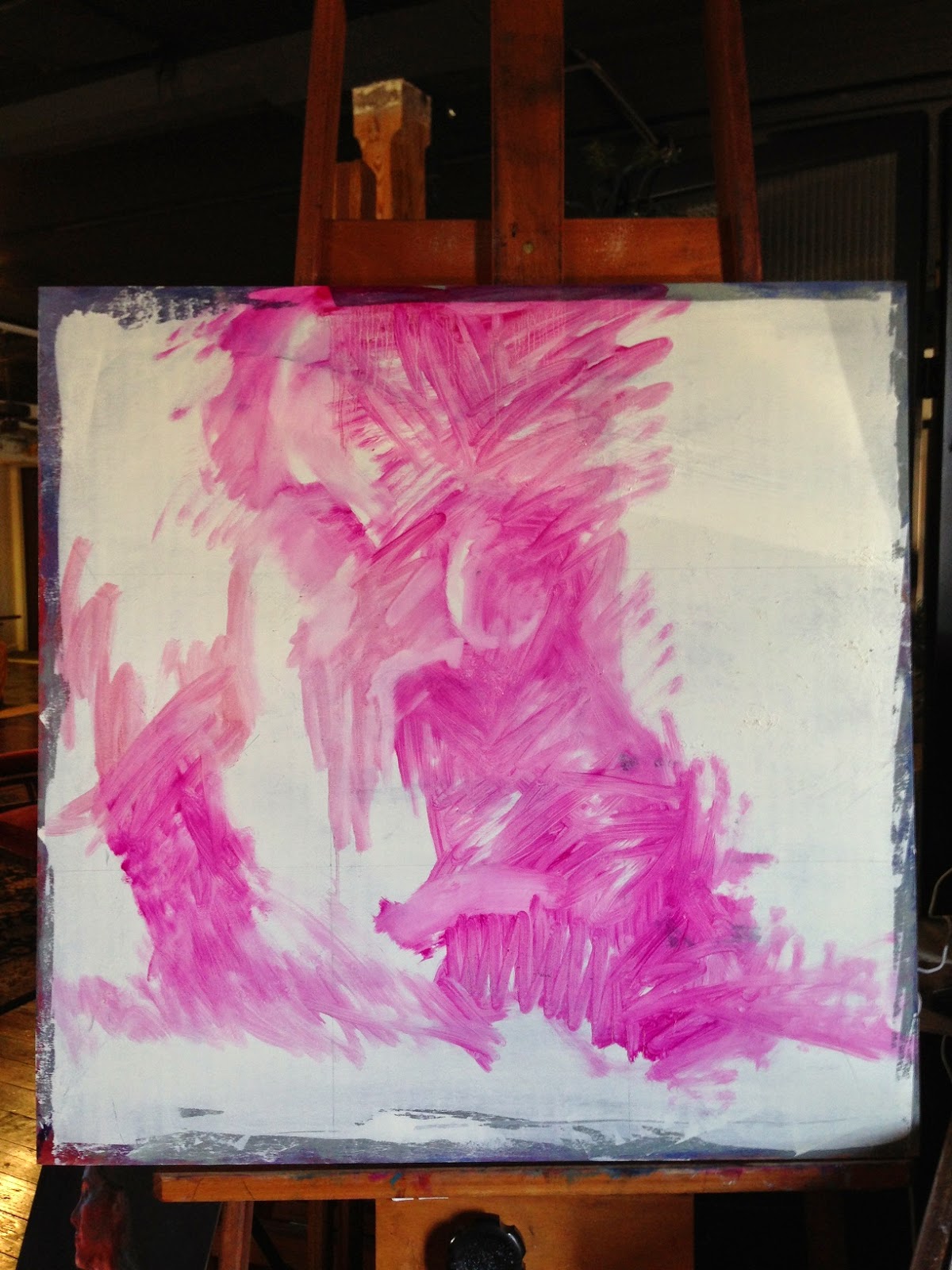 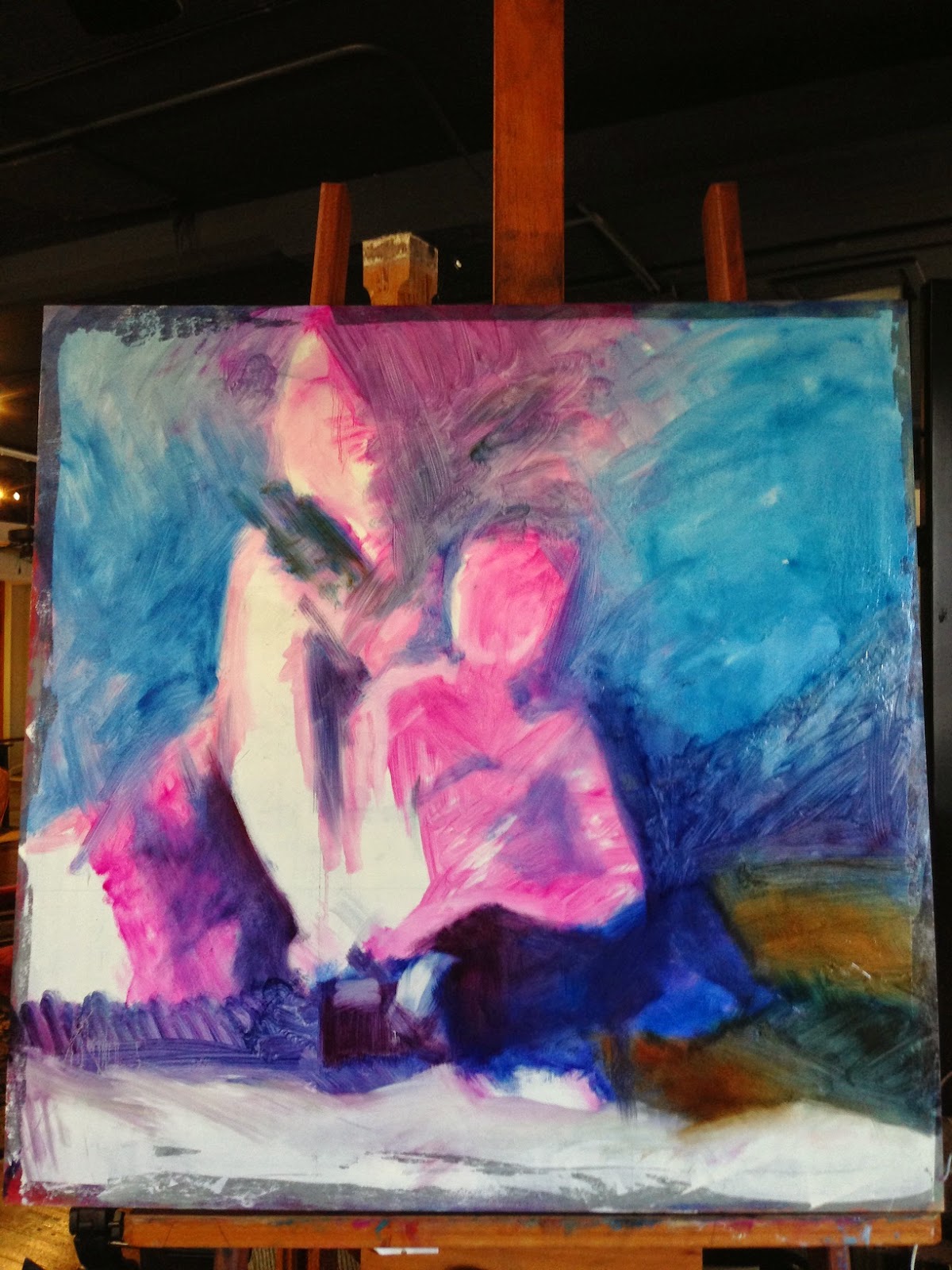 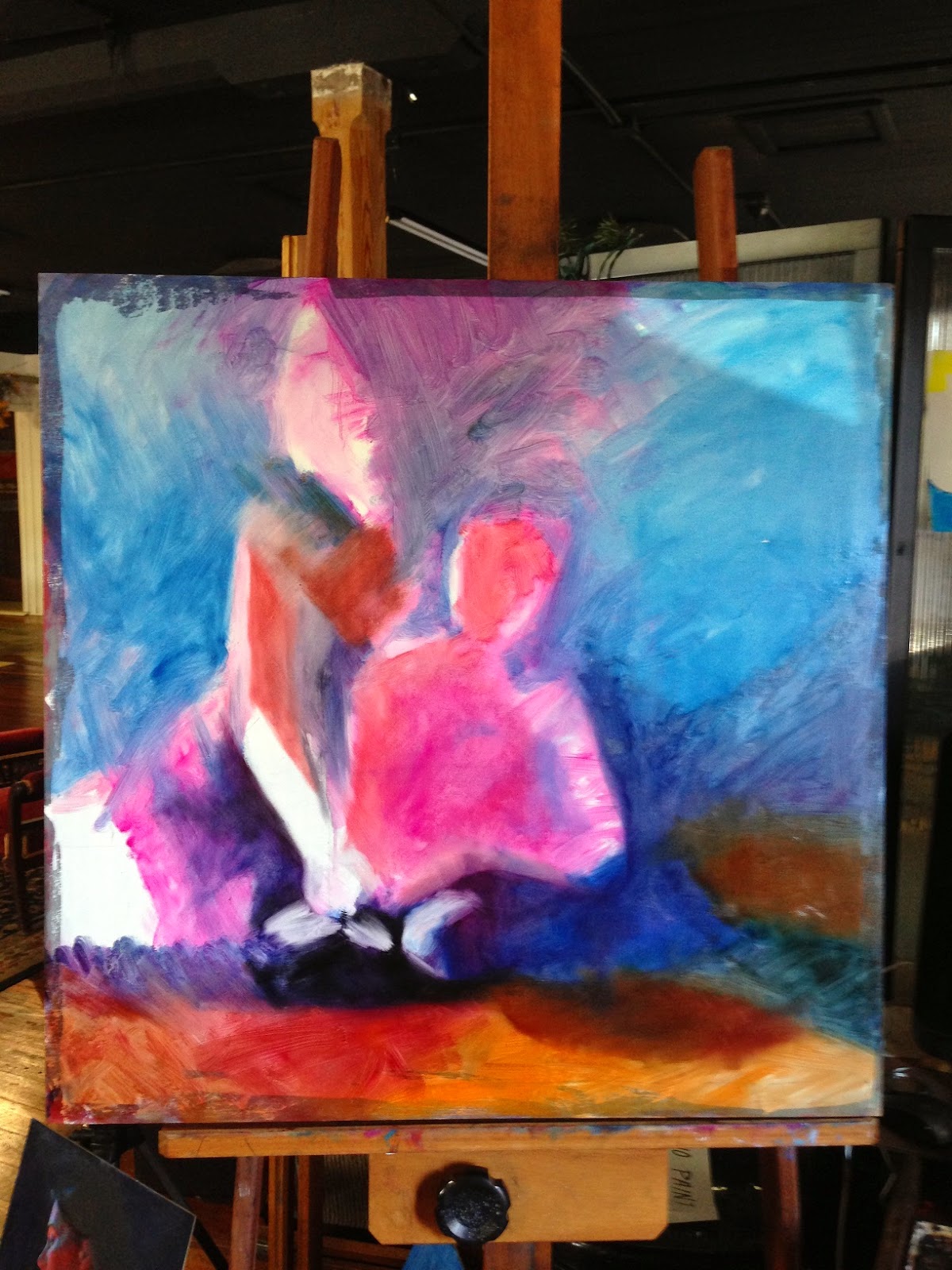 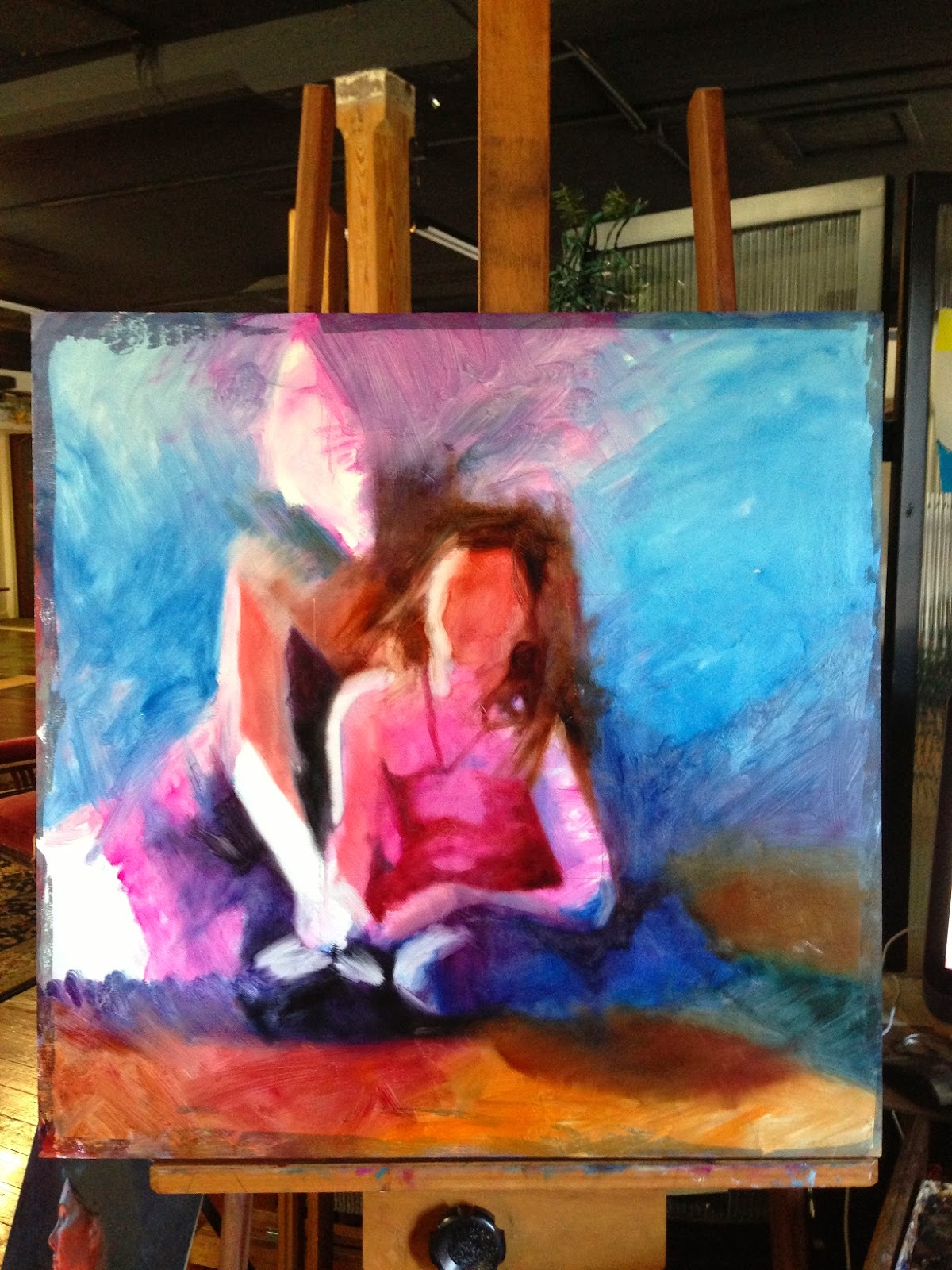 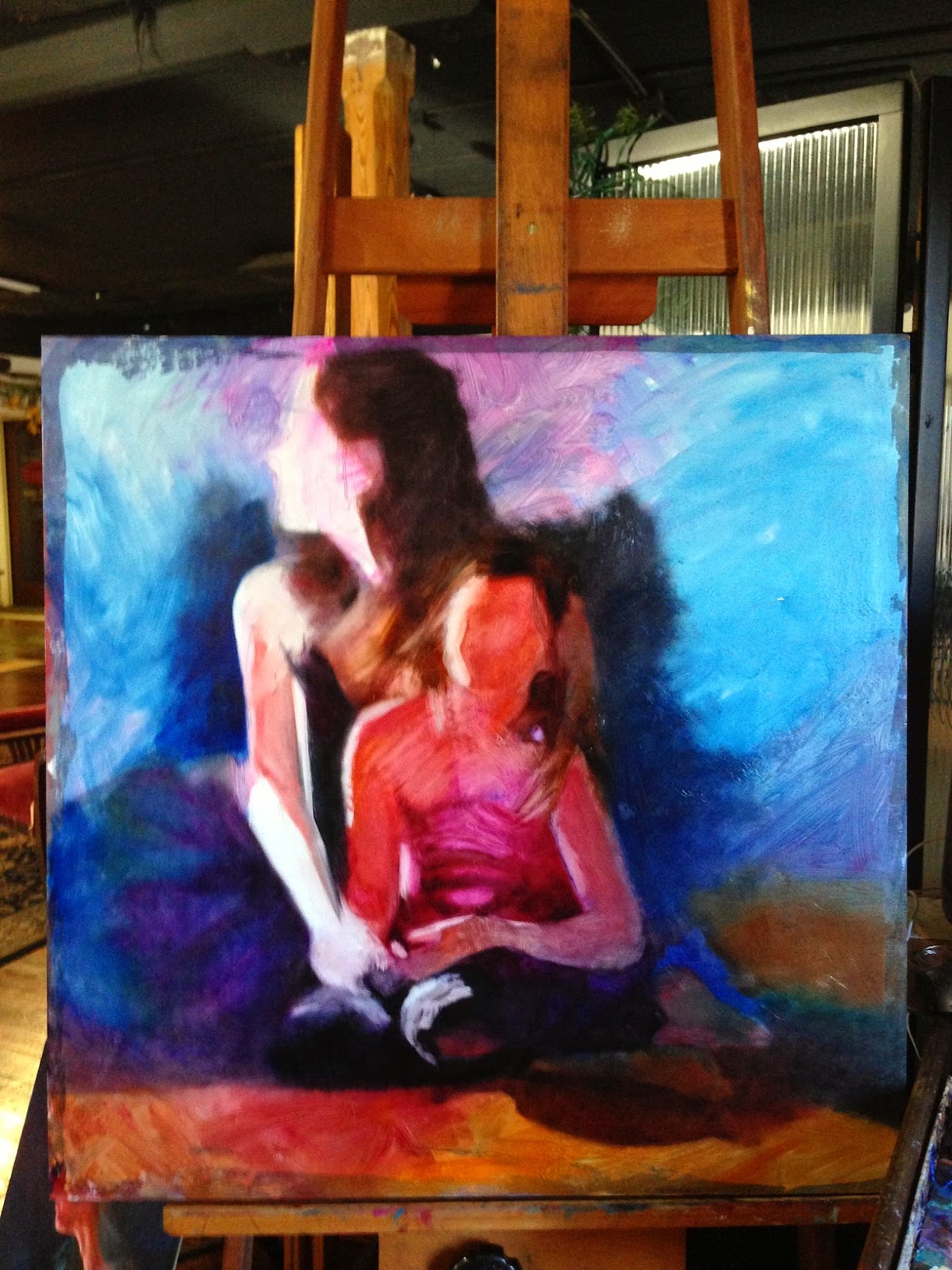 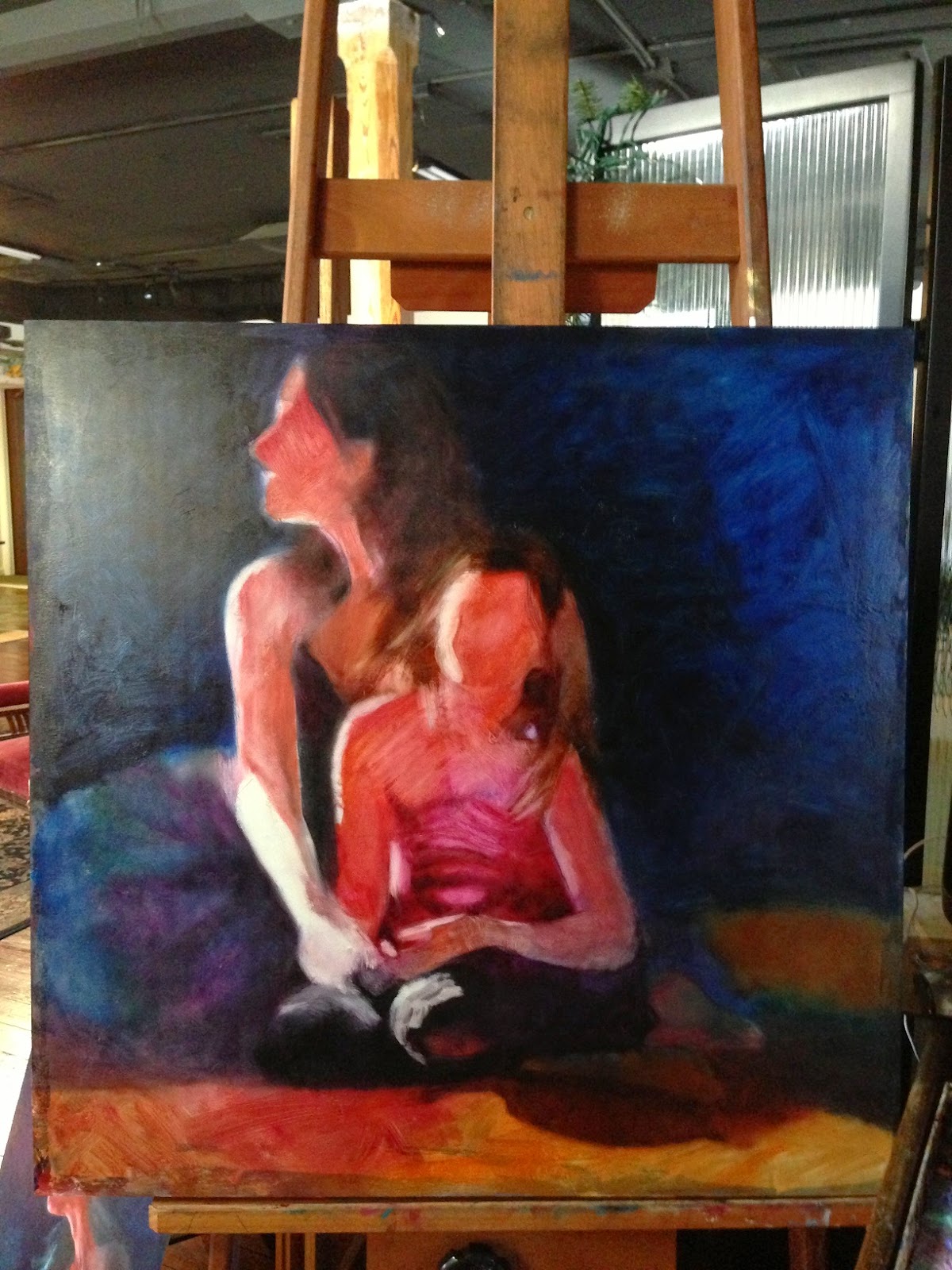 This is a wood panel, 36" square, primed with oil.  I did put a 9 square grid on the surface so that I could get the scale correct of the two figures.  I only began to work on the faces after everything was blocked in - no reason to have the perfect face, and then find out later it should have been two inches to the left or a couple inches smaller! I purposefully aimed to have Ari's face in the middle.  When I moved the entire composition to the right, it became to mom-centric.  It was a very conscious choice to move me to the left.
Posted by Krystyna81 at 6:00 PM

Email ThisBlogThis!Share to TwitterShare to FacebookShare to Pinterest
Labels: child portrait, custom portrait, family portrait, how to paint a portrait, mother and daughter, oil painting, portrait of artist, self portrait