As explained in my previous post about my portrait of Maester Luwin, I am obsessed with the Game of Thrones series, not just because of the amazing actors, but the brilliant cinematography.  I pretty much want to paint every scene!

So here is Charles Dance, who plays Lord Tywin Lannister, as he stares down his son Tyrion.  Spoiler alert!!!  OK this has already aired, so you probably know...this is the scene where Tyrion is looking at his father over a crossbow, as his father perches in a most humiliating spot, on the privy in the middle of the night.  Never flinching, his stoic gaze remains fixed, firm, and confident. And while all this brilliant acting is going on, I am saying to myself "look at that pretty light on the side of his face!" and I have to paint it.

Of course, poor guy, many people still look at this portrait and say "Hey!  It's that guy from "The Golden Child!" 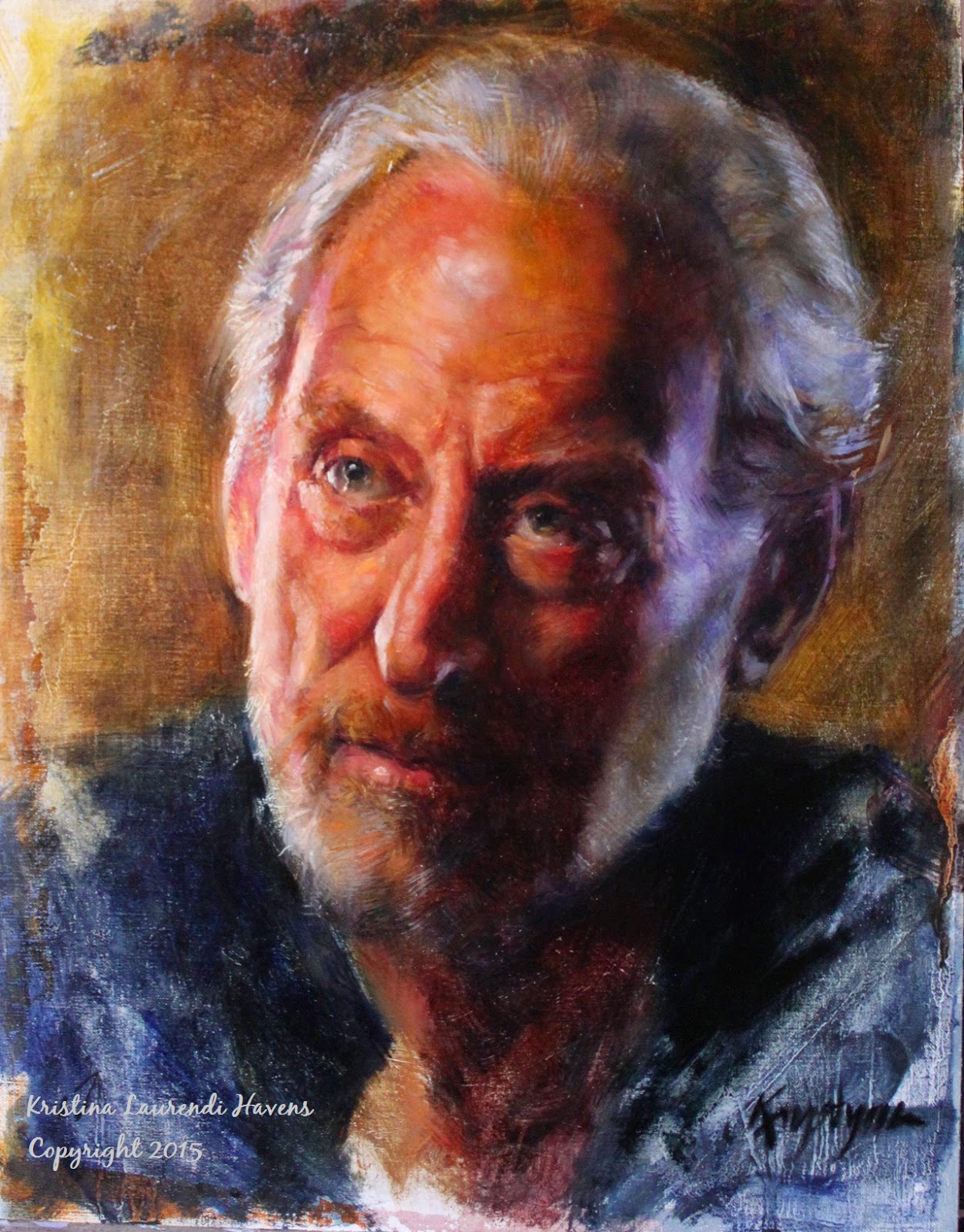 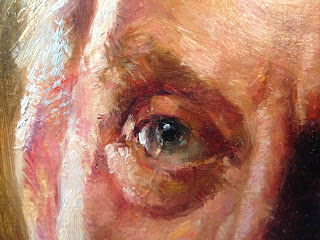 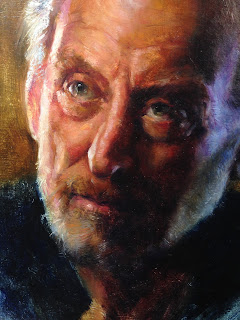