Hey, it could be worse.  I could have made the decision in my bathroom.  But the real truth is I made the decision on naming this person The Most Influential Woman of the Decade in my most sacred place...in my studio, in front of my easel.

Way back in 2009 (holy cow why does it feel like yesterday and a lifetime ago all at once?!?) I wrote my first brief blog post about Heather and her blog.  A couple years later, Heather wrote a post about a portrait that I sent - unsolicited - to her of her daughter.

When Heather, aka Dooce, shared that watercolor portrait on her blog...it was...not an exaggeration...life changing.

You see, the actual act of creating that portrait and sending it out to Heather went against the grain of every thing in my life at that point.  I was not in a situation that nurtured chance, risk, or anything out of the Perfect Picture of Domestic Life that was The Goal.

It was profane, almost.  Like that sexy novel hidden among the self help books on my nightstand. I sent the portrait to Heather in secret.  I didn't tell anyone I was doing it.  I was ashamed at my inner voice, telling me to Paint it, and Send it.  It was - truly - the first time in a long time that I didn't care what my close circle would say - I only cared about what my heart told me to do.

And Heather could not have been more generous with her kindness, and her platform.  By sharing that portrait on her blog, she introduced thousands of people to my work, and many became patrons, and for that I am truly grateful.  It set my business on a course that allowed me to nurture myself as an artist, and nurture my children because I was in a good place as well.

Over the years, we collaborated on a few other pieces, and I was inspired by many of her photographs which led to a series of some of my all time favorite portraits.

Divorce happened, in her life and in mine, and I cannot imagine what it was like for Heather to share that with her audience on her blog.  I very rarely talk about mine - even though I would like to share more -  because I cannot talk about the impetus for change and growth without talking about the catalyst for it.  And, like other conscientious parents out there, I am aware that my children will always be half of me, and half of their dad, and if I insult or disparage either one of us, I'm hurting them as well.

But I will say this...when I was pretty much at the bottom, when I thought nothing good was coming down the pipe again...I heard from Heather.

Heather reached out to me in the sweetest way, wanting to create something special to honor the Cowboy (you can read her own words about him here).

What Heather doesn't know, is that she saw me, she sought me out, when I felt the most lost, forgotten, and invisible.

I was at a point when I felt like Damaged Goods.  I had been battling false police reports, lies to DFCS, having my children removed based on false statements made by a person I removed from my life YEARS before because I knew she was Toxic...holy cow.  I was Unseen.  Unloved.  Unwanted...by the people I spent my whole life trying to please with every fiber of my being.

But in the midst of this...Heather reached out.  She not only hired me to create - she shared it again with her Tribe.

She believed in me, and shouted it from her keyboard.

Do you have any idea what that means to someone?

Do you have any idea how life affirming that was?

Do you have any idea how powerful she is...to remind me that I am Worthy of praise.  That what I do matters.  That I made a positive impact on her life.

And this past December, she reached out to me again, for another covert operation: capturing the children of the Cowboy, for his birthday.

Heather has faith in people.  She believes they are capable.  She believes in their minds, their creativity, their decision making process.  She has never micro-managed me as an artist, but has always responded with enthusiasm for the choices I have made on my canvas.

That is rare.  I know...I've worked with thousands of wonderful clients.  And this amount of Trust has only appeared a few times.

Heather has a belief, and a trust, in me that is incredibly precious to me.

The portraits that I created of two of her boyfriend's children are two of my all time favorites.  They were done in a limited palette, a very timeless almost sepia-toned range of browns with a touch of black.  Based on Heather's photos, they were casual, sweet, and done with a great deal of Love.

And I will never show you.

But I will tell you...Heather hired me to create these beautiful pieces right before the Holiday.  She paid me a deposit immediately.  And that deposit helped me have one of the best Christmas Holidays I have had with my family in years.  We're not talking a huge amount...but the amount I needed to buy a few gifts without using my credit card and feed my family and spend the quality time with them we all deserved.  It was the first time I had both of my kids for Christmas in four years.  And Heather helped make it amazing.

As a writer, Heather puts herself out there, in front of millions of people every day.  Without shying away from the harsh realities in her life, she shares her joy and sorrow with her fans and followers.  Her bravery is inspiring.  As an Artist, I hope I am following that lead, and sharing a bit of myself with every drawing or painting I share with you.  We both know that not everything will be rewarded, but more often criticized, and yet we are compelled to do it anyway.

I went through the harshest period of my life a couple years ago.  I was afraid to even leave my house for a while.  I was silenced.  I was erased from my son's life for a period of time.  I was eliminated by family members.

But throughout all of that, I discovered what true Kindness is.  I discovered how special it was to be lifted up by another.  I realized how powerful it is to be Seen.  To be Heard.  To be Trusted.

As I stood in front of my easel on the last day of 2019, working on two of my favorite portraits of all time, I realized that Heather has meant more to me these last ten years than most people will ever know.  While her love life is reduced to internet fodder and her medical issues are another reason for small minded people to Judge What They Do Not Understand, I was one of the lucky ones behind the scenes, being Seen.  Being Heard.  Being Trusted.

At a time when I felt silenced in more ways than one, Heather shined a light on my strengths and my potential, and she helped me find my way back to my Voice.

I wanted to write this today to acknowledge Heather, her impact on me, my self-worth, and how by doing so she has helped me as a Mom, a partner to my own Cowboy, and as an Artist.  In a world where sometimes the easiest thing to do is ignore our own pain by tearing another person down...I wanted more than ever to lift someone up.

I Love you, Heather.  And Thank You. 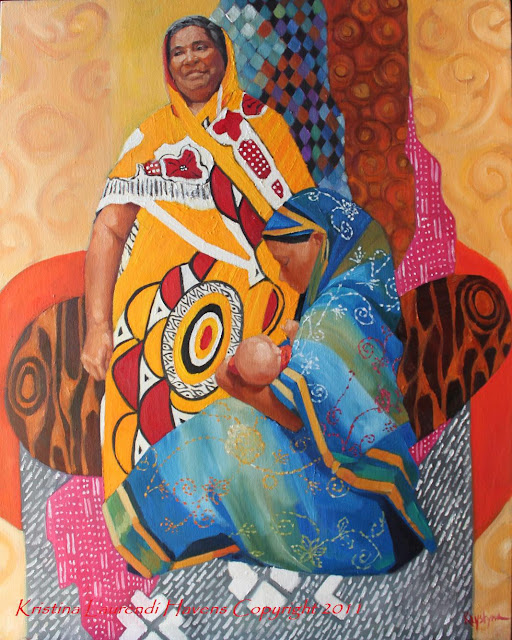 "You Shall Be Heard"