The first paragraph of Heather's blog entry describes, in a very potent way, the differences in the voices between the older generation and the younger women in Bangladesh.
I wanted to illustrate the "silence of the young girls and the brilliant, almost piercing voices of older women who have been empowered".
So...what does a brilliant, older voice look like? I think this woman embodied that description.  And how about the silent young mothers? This beautiful new mom. 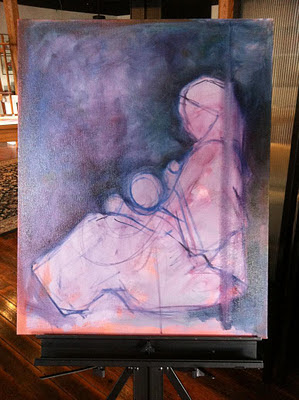 At first I was going to just use the print from the older woman's fabric behind the girl in blue, but that wasn't exactly what I was looking for - the different voices of the young and old. 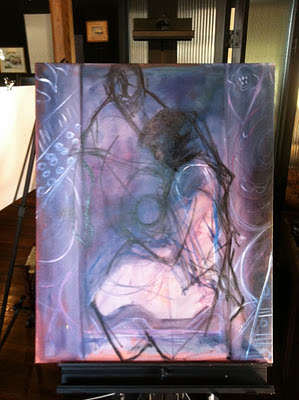 So I scaled down the young woman and places the older woman behind her.  The way they over-lapped built a strong shape in the middle, leaving a lot of negative space on the sides.  To address this empty space, I spent a lot of time looking at figurative work by Gustav Klimt, trying to figure out how to use pattern effectively. 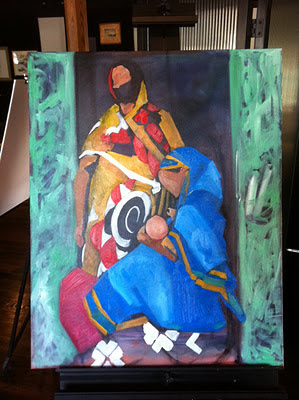 Starting to block in color and pattern. 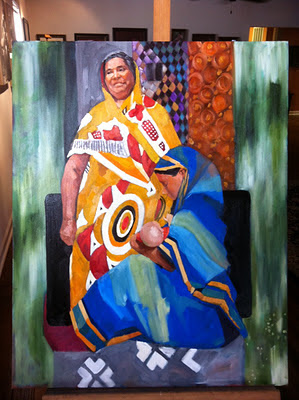 I filled in areas with various patterns, activating the entire surface. 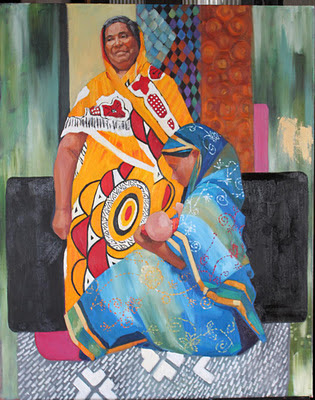 The black block was something that Klimt had used in many of his pieces, and I tried to use that shape here, to break up the space behind the figures and along both sides. 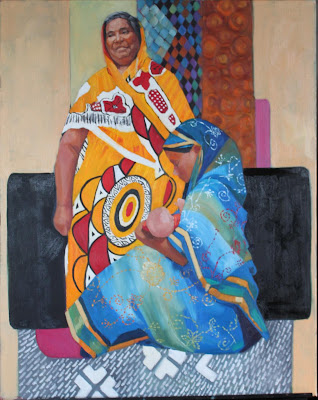 The painting was feeling too dark - and masculine.  I wanted their to be a sense of feminine energy - I painted over the dark green sides and the grey block behind her head on the left with shades of yellow.  I also changed the shapes of the patterns - instead of a row of rectangles, I wanted them to feel more like drapery. 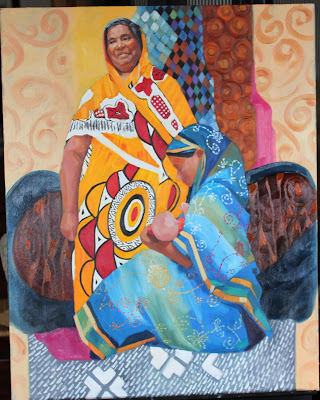 The yellows helped, but the black block was still too heavy.  I tried to address it in two ways - I layered a kidney-shaped brown pattern over the black area, then softened the corners. 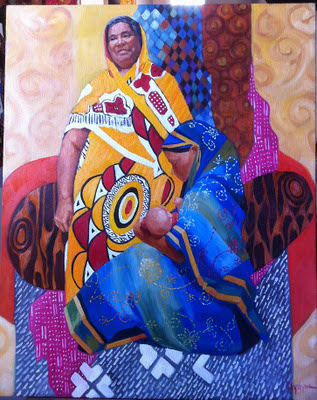 Closer...but the black, finally, had to go.  I chose an intense red-orange to cover the black and changed to a rounded form. 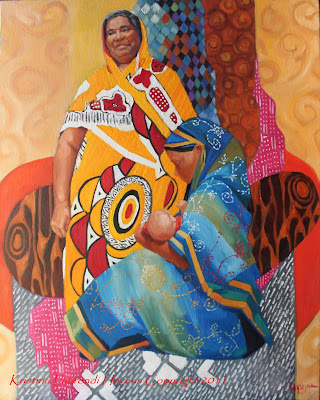 "You Shall Be Heard".  It's practically shouting from the the older woman to the young mother.  This painting celebrates the colors, patterns, and personalities of the Women of Bangladesh.
This painting will be auctioned to benefit team Every Mother Counts, participating in the New York City Marathon on November 6th.
Click here to bid.
Posted by Krystyna81 at 7:20 AM